Home » Best Yarrow companion plants & What Not to Plant With Yarrow

Best Yarrow companion plants & What Not to Plant With Yarrow 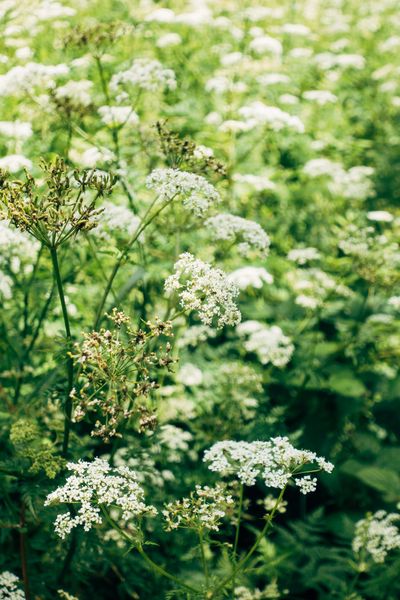 Yarrow is a common name for the plant Achillea millefolium. It is a perennial herbaceous wildflower that can grow to be 2 to 3 feet tall. Yarrow is found in many parts of the world and has a variety of uses, both medicinal and culinary.

Is Yarrow a Good Companion Plant?

In addition to all of these benefits, yarrow plants are great companion plants for gardens. Their secretions from the roots activate the nearby plants’ disease resistance. Additionally, they come in various colors, including yellow, white, pink, orange, and dark red.

Yarrow is green manure, which means that it is a plant that is grown for the purpose of enriching the soil. Yarrow puts lots of nutrients back into the soil, which benefits vegetables, which need to use lots of nutrients to create tasty edible products. Some good vegetable yarrow companion plants include beans, beets, cabbage, carrots, cauliflower, chard, cucumbers, lettuce, peas, potatoes, and tomatoes.

Beans are a legume and, as such, they have a symbiotic relationship with certain types of bacteria. These bacteria attach to the roots of the bean plant and help fix nitrogen in the soil. This is beneficial for both the bean plant and other plants nearby, as it helps them all to obtain more nutrients from the soil.

Beets are a great crop to grow in your garden, but did you know that yarrows make great companion plants for them? Yarrows act as a natural insecticide, repelling aphids and other pests. They also attract beneficial aphid-eating insects and pollinating bees, which can help increase the yield of your beets.

Yarrow is a beneficial herb for gardeners. It attracts many beneficial insects, including bees and butterflies, which help to pollinate plants. Additionally, yarrow is beneficial for Brassicas: Cabbage, Brussels Sprouts, and other plants that benefit from being kept cool. Yarrow can help out the Broccoli, Brussels Sprouts, Cabbage, and other Brassicas in the shade because they like cooler temperatures. Yarrow also repels pests to which Brassicas are not immune.

There are a few vegetables that you can plant together in your garden and be successful. Beans, Brassicas, chives, leeks, lettuce, onions, peas, peppers, pole beans, and radish are all good choices. Dill should not be planted near parsnips or potatoes as it will inhibit their growth. Generally speaking, it is a good idea to keep some space between root crops but this is not always the case. Carrots benefit from planting near tomatoes as they will help to repel pests that might attack the carrots.

One such example is using yarrow as a companion plant for brassicas (broccoli, Brussels sprouts, and cabbage). Yarrow attracts beneficial insects to the garden, which helps keep pests under control. Additionally, yarrow provides shade to brassicas, which helps them grow better.

Swiss chard is a versatile vegetable that is becoming more and more popular. It is a light feeder, meaning it doesn’t require a lot of fertilizer, and it is not prone to pest or disease problems. Additionally, it makes a great neighbor for many types of plants, including annual flowers. Some varieties of Swiss chard are so colorful that they wouldn’t look out of place in a flower bed.

Cucumbers are a popular garden vegetable. They are susceptible to powdery mildew, so it is important to companion plant yarrow near them. Yarrow will help keep aphids away and improve the health of cucumber plants. It is not good for cucumbers, melons, zucchini, and squash because they are susceptible to powdery mildew. Yarrow can be grown near other garden plants without any problems.

There are a few ways to keep pests away from your tomatoes. One is to plant yarrow around them – most insects do not like yarrow, so they will stay away. Another is to plant heirloom marigolds near your tomatoes – they secrete chemicals that deter pests, and they look nice too!

What Fruit to Plant With Yarrow

There are a number of benefits to planting fruit plants near yarrow. First, yarrow helps to add nutrients to the soil, which in turn benefits the fruit plants. Second, yarrow attracts insects for pollination of fruits. This is important because many fruit plants rely on pollination in order to produce fruit. Third, some insects will come to plant, take nectar, and leave. This is beneficial because it means that the plant is not only providing food for the insect but also attracting them for other reasons (such as pollination). Finally, others like bees will come to the plant and take some of its nectar and pollen. Bees are important for pollination and help to spread pollen from one flower to another.

Yarrow flowers have been used in vineyards for many years to help protect the grape vines from insects and other pests. The flowers are also a source of nectar for pollinators, which helps to support their populations. Additionally, yarrow has benefits for the plant itself; it can help improve soil health and increase yields.

Melons are a type of fruit that is susceptible to a fungal disease called powdery mildew. The fungus affects many plants, including yarrows, coneflowers, and bee balm. Gardeners recommend not growing these crops near yarrows because they are all susceptible to the same fungus. Some gardeners even recommend not growing yarrows near coneflowers and bee balm.

Apple trees are a popular fruit tree to grow in many gardens. They are hardy in zones 3-9 and can reach heights of up to 25 feet. Yarrow is a companion plant for apple trees that helps protect them from pests and diseases. Achillea millefolium, also known as white yarrow, is a fast-spreading plant with pale pink blooms and grayish-green feathery leaves. It grows best in zones 3-9 and makes an attractive addition to any garden.

What Herbs to Plant With Yarrow

Yarrow is a perennial herb that has a pleasant licorice scent. It also happens to be a great insect pest fighter. Yarrow can be planted with other herbs in your garden in order to attract beneficial bugs like ladybugs, which will help keep down the population of nuisance pests like aphids.

Garlic is a crop that benefits greatly from the addition of yarrow. Yarrow is a natural fertilizer for the soil and helps to keep the ground healthy. It also works amazingly well with aromatic crops like garlic, which helps to repel pests and keep the plants healthy. Yarrow is a strong plant that can help discourage bugs from invading your garden.

Lavender is a beautiful flower that can be used in many different ways in the garden. It often looks great when planted with other flowers, such as yarrow plants, which are beneficial to lavender. Shrub roses and floribundas also make good companion plants for lavender.

Lavender is a plant that is known for its sweet smell. It also has insect repellant properties, making it a popular choice for gardens and landscaping. Lavender is often paired with yarrow, as the two plants have complementary colors. Yarrow typically has white flowers, but can also come in yellow or pink varieties.

Rosemary is a plant that has many benefits for both people and the environment. It is a strong repellent of insects, similar to yarrow. It also masks smells, making it ideal for use in gardens and other outdoor spaces. The scent of rosemary is quite strong but not as intense as the smell of yarrow.

Rosemary and Yarrow are two herbs that are often planted together because they have complementary scents. Rosemary has a strong, woodsy scent, while Yarrow has a more subtle, grassy smell. They both grow well in sunny locations with well-drained soil.

What not to Plant With Yarrow

While yarrow plant is a great addition to your garden, there are some plants you should avoid planting near it. Yarrow is sun-loving and will do well in areas that get plenty of direct sunlight. If you have other plants that need shade, you may want to avoid planting yarrow nearby. Additionally, be careful not to plant yarrow too close to other herbs or flowers as it can interfere with their growth.

Aster is a perennial flower that will provide weeks of color on your borders. They come in a variety of colors, including blue, pink, purple, and white. They are a great addition to any garden and are easy to care for.

Bee balm is a perennial plant that attracts bees and other pollinators to the garden. It also helps to support the growth of ornamental flowers. Additionally, yarrow is a great addition to the garden as it is wind-pollinated and can grow in a variety of climates. Yarrow’s colorful flowers are also beautiful additions to any garden. Lemon balm is an herb that has many medicinal properties and can be used in a variety of recipes.

Yarrow is a green manure, which means that it helps to improve the soil quality. It does this by releasing nutrients into the soil as it decomposes, and also by attracting beneficial bacteria and fungi. This makes yarrow an excellent companion plant for vegetables, since they need to use lots of nutrients to create tasty edible products. It also benefits consumers by giving them more nutritious food.

Yarrow is a delicate, aromatic plant that is known for its feathery-cut leaves. It was named after Achilles, the Greek hero, who used extracts from the plant to treat soldiers wounded in the battle of Troy. There are many different types of yarrow, but the most common is Achillea millefolium or common yarrow. This type is found throughout North America and Europe. Yarrow can be planted as a companion plant with other plants to help protect them from pests and diseases. It can also be used to make tea, which has a variety of health benefits. However, there are some plants that should not be planted near yarrow because they can compete for resources or have negative effects on yarrow.

How tall does a yarrow grow

Yarrow grows to a height of 2-6 feet.

Common yarrow is a weedy plant that can spread quickly and Ground cover . Controlling the spread of the plant from its intended growing location should be done with caution. If not planted in well-drained soil with spacing, common yarrow may succumb to mildew or root rot.

What grows good with yarrow?

Brassicas, tomatoes, melons, aubergine, beans, and spinach should all be planted near each other. Aromatic herbs like lavender, basil, rosemary, thyme, and oregano benefit from yarrow.What is yarrow a good companion plant for?

Can yarrow and lavender be planted together?

Yarrow is a perennial that complements lavender beautifully. Surprisingly, it belongs to a group of hardy plants that can grow in poor soil.

Where does yarrow grow best?

Plant in full light to ensure compact growth and a profusion of flowers. In well-drained soil, yarrow thrives. It prefers hot, dry temperatures and will not grow in persistently wet soil.
Also, Read